"Even sons & Odd music is a musical project inspired by the sounds of electro soul. Music, sounds and arrangements are curated by Leonardo D'Angelo, a percussionist who grew up in the funky and RnB environments, then specialized in classical repertoire and Leo is a multifaceted artist, he performs with numerous musical groups and boasts numerous live performances around Italy. The lyrics and the voice are by Elena D'angelo, author by vocation, singer by passion. Elena moves her first steps in the research theater, first as an actress then as an author, developing her own style. In addition to the theatrical activity, she studied singing by performing as a vocalist and chorister in various formations. Even Sons & Odd Music is her first songwriting project. The two brothers have an album of unpublished pieces to be presented before the summer " 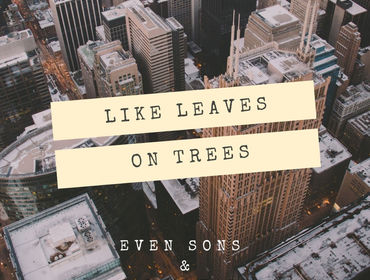 It's no so bad