The project She Was Nothing arose during spring 2008 with the aim to create a band with an innovative sound, able to mix alternative rock with electronic stuff....

The first promo (self-titled) was recorded in the autumn 2008 and even if it has collected some good feedbacks the band was not completely satisfied by the result and, after a line-up change, started to work hard trying to get a sound as personal as possible and promoting itself through an intense live activity.

In autumn 2009 after a year from the first release the band dropped “Proudly Guilty”, a promotional single that contains almost every feature of the style the band was searching for, a synthesis of the first full length “Dancing Through Shadows” that was going to be recorded during spring 2011. A mix of rock, metal, trance, dance, D'n'B and symphonic stuff created in over a year's work. The album, that received excellent reviews from the most popular italian webzines like metalitalia.com, it's been promoted with the video of "Right In The Night", a cover of the Jam & Spoon 90's dance duo, and through many live shows across the north of Italy.

After that the band went through several line up changes that destabilized the entire project and stopped its live activity to focuses on new material. Finally, 5 years from the realese of “DTS”, “Reboot” has come, a 12 track full lenght of rock with a D'n'B backbone entirely produced by the band.

The album has been mixed by Alessandro Bavo (Subsonica, Linea 77, Punkreas, Levante, Velvet) and mastered by Andrea De Bernardi at Eleven Studio and it will be downloadable from the best digital music store by the first of march 2017 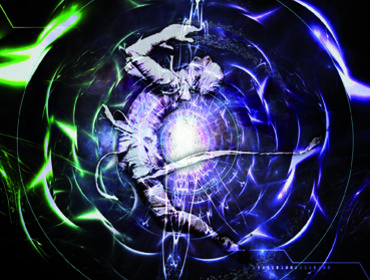 Right IN The Nigh...