Clara People (Popolo) is a songwriter, singer and multi-instrumentalist based in Ancona, Italy.
Unafraid to fuse pop and rock influences with folk instruments, Clara People has collaborated with some of the UK's finest folk musicians such as kathryn Tickell, Michael McGoldrick and Shona Mooney.
Having performed the work of Ani DiFranco and Kate Bush in local tribute bands for years, Clara honed her live experience skills.
This then led her to develop her songwriting and this year she released a debut album "Drops of Water" which includes only original songs.
It was engineered in Fenice Studio with musician/producer Andrea Goroni.
Clara People's style is at times reminiscent of Tori Amos, Kate Bush and Alanis Morissette whilst it still manages to forge a distinctive and inventive musical path all of its own. 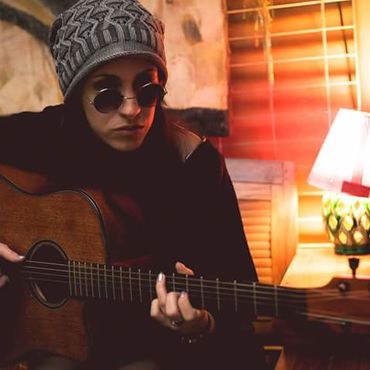